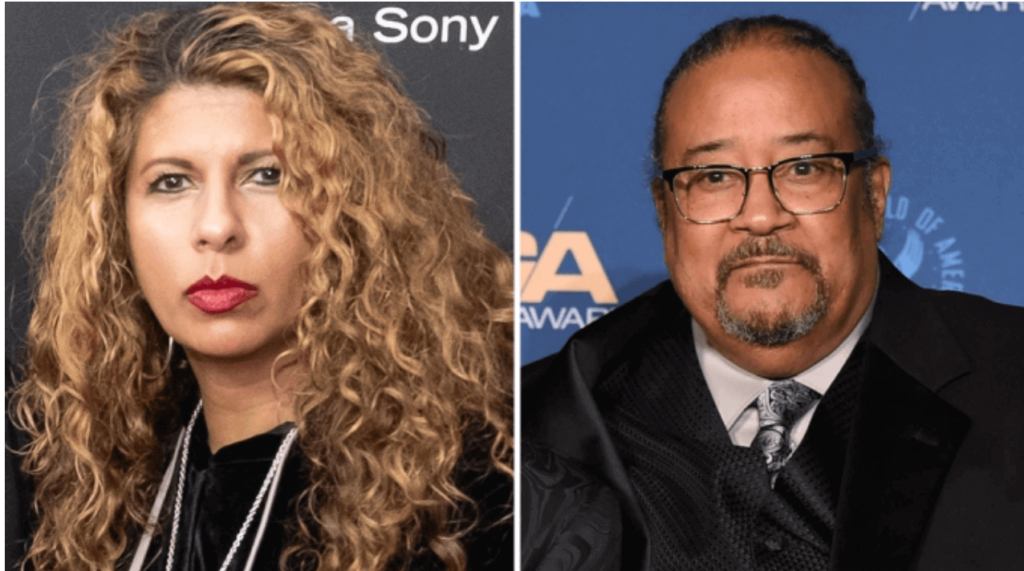 Micheaux Film Festival has officially returned, announcing this year’s Oscar Micheaux Trailblazer of Excellence Award recipient and the Michael Ajakwe Pioneer of Influence Award recipient. Recognized for their resounding influence in the entertainment industry,  BRON Studios Founder, Brenda Gilbert and renowned director and cinematographer, Ernest Dickerson will be honored at this year’s festival.

“I am thankful to the Micheaux Festival for recognizing me for the Oscar Micheaux Trailblazer of Excellence Award. As a long-time advocate for the advancement of inclusion, equity, and innovation; I cannot think of a more distinguished honor,” said Brenda Gilbert. “Oscar Micheaux was an icon that paved the way for numerous filmmakers and creators in this industry. I look to continue to follow his lead, by helping to produce, finance, and develop diverse stories.”

Brenda Gilbert is the co-founder, and president of Vancouver-based BRON Studios, which has executive produced and co-financed some of the most prominent films to date – with more than 30 of the films receiving Oscar nominations. Launched in 2010, the company is on its way to becoming one of the industry’s most prestigious go-to financing and production houses, providing more than $1 billion in production financing. Known for supporting diverse storytelling, BRON has backed a number of movies about the BIPOC and multicultural experience, including; The Green Knight, starring Dev Patel, Judas and the Black Messiah, Bombshell, the Aretha Franklin biopic Respect, starring Jennifer Hudson, Oscar winner Joker, Candyman, Kevin Hart’s Fatherhood, Greyhound with Tom Hanks, and three Denzel Washington titles: Fences, Roman J. Israel, Esq. and A Journal for Jordan.

Honoree Ernest Dickerson is equally accomplished. An esteemed director and cinematographer, and frequent collaborator with peer and colleague Spike Lee, Dickerson is most known for his blend of action and horror films, including the Black ’90s masterpiece, Juice (1992), Demon Knight (1995), and many episodes of award-winning television like The Wire, Dexter, The Walking Dead, and Godfather of Harlem. With the 30th anniversary of Juice quickly approaching, the director had this to say about receiving the Michael Ajakwe Pioneer of Influence Award:

“I am honored to be celebrated alongside my esteemed colleagues. As a filmmaker, I’ve been fortunate to have an incredible career and the ability to include us in the art of storytelling. My mission has always been to pay it forward, by mentoring and cultivating emerging filmmakers, and helping them achieve their dreams while continuing to make meaningful and transformative art,” said Dickerson.

The Micheaux Film Festival will kick off its week-long celebration beginning July 11-17 with a series of activations, film screenings, digital panels, master classes, networking mixers, workshops and more. The event will also provide attendees with the opportunity to gain access to new content, and exclusive insight, while establishing tangible and equitable connections. Event sponsors include:

For more information and updates, or to register for this event, please visit: www.micheauxfilmfest.com

ABOUT THE MICHEAUX FILM FESTIVAL

The Micheaux Film Festival is a multicultural film festival that focuses on BIPOC creators, and celebrates diverse representation in the entertainment landscape. With a cutting-edge and fresh take on the traditional festival experience, we bring independent creatives together while curating an environment for artists to build community with future collaborators in the television, film, and digital space.

Aptly named after Oscar Micheaux, a pioneer in the filmmaking industry, who aimed to bridge different walks of life through his art, we aim to close the knowledge gap between independent filmmakers and Hollywood elites. In addition to screening content, artists and attendees have access to networking mixers, Q&A panels, Master Class workshops, and digital panels that equip filmmakers with inside industry information from art, media, television and film executives. www.micheauxfilmfest.com

BRON is a global media-technology and award-winning production company committed to furthering the art and craft of meaningful commercial storytelling. The company works through an innovative distribution agnostic approach using a blend of studio co-financing deals and in-house productions to create film, tv, audio and non-scripted content as well as interactive gaming, technology, and corporate investments. The company’s filmmaker-first approach, built on inclusion, innovation, and respect, has helped BRON solidify creative relationships with elite talent from an array of backgrounds. BRON has been instrumental in more than 120 productions and has built a robust slate of upcoming IP across all platforms. The company has been part of an outstanding 32 Academy Award® nominations and 6 wins. 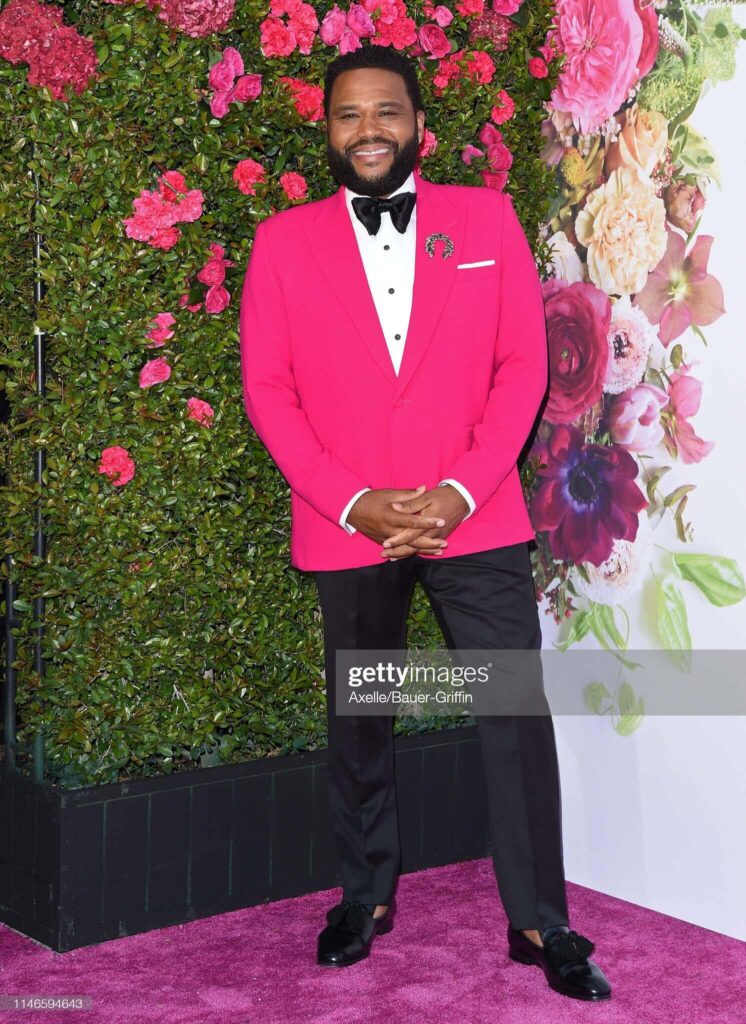 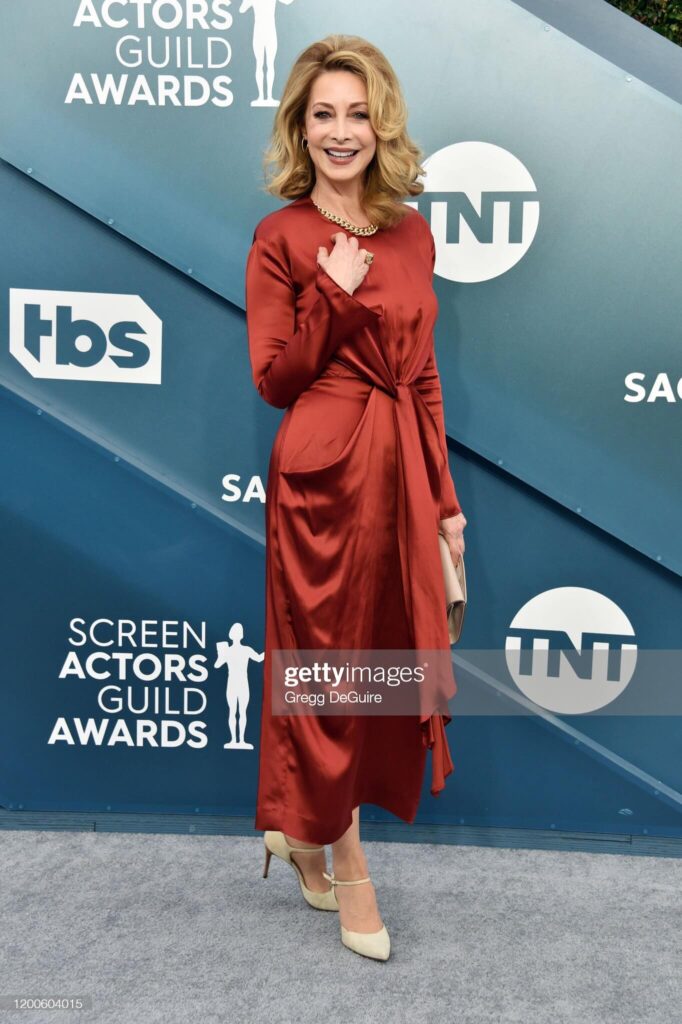 [LOS ANGELES, CA] – Micheaux Film Festival is back and better than ever –  as it continues to push industry boundaries and take Hollywood by storm through independence, ownership, and innovation. Recently named by Moviemaker Magazine one of the Top 50 Film Festivals Worth the Entry Fee (the youngest on the list), returning for a fourth year, the festival is excited to announce their newly appointed celebrity ambassadors, which include; Emmy-nominated actress, Sharon Lawrence (Dynasty), and Anthony Anderson (Black-ish).

Driven by a mission to highlight the importance of inclusion – on and off screen and provide creatives of color with a voice, the program will reinforce efforts to bridge the gap between independent creatives and mainstream Hollywood.

“As a trailblazer and icon for filmmakers and creators alike, Oscar Micheaux paved the way for people who look like me in this industry. His legacy has revolutionized the film and tv business, inspiring BIPOC and multicultural creatives,” says actor, Anthony Anderson. “Movements and events such as the Micheaux film festival provide a much needed platform for artists around the world.”

The festival will take place from Monday, July 11th through Sunday, July 17th 2022; and be held both virtually and at the Regal Cinemas L.A. Live in Downtown Los Angeles.

“Art and culture are powerful tools to bring about change on the many issues our world is facing, which is why the Micheaux Film Festival is an impactful vehicle to help create that change,” says Sharon Lawrence. “The talent and projects that I’ve been able to witness through this festival have the power to make our communities feel more connected despite our differences and to shed light on topics that I am personally also passionate about such as the work being done for our environment through organizations like Heal the Bay.”

Last year the festival garnered notoriety, after honoring legendary actor and director, Robert Townsend during their third run at the historical TCL Chinese Theater. Screening over 181+ (features, shorts, music videos, and multimedia projects). In addition, the festival partnered with Panavision and provided over $75,000 in grants to provide assistance to filmmakers who have created with little to no resources.

“We are blessed to be returning for our fourth season with the support of such celebrated and renowned talent championing the mission of the festival. As an organization in living color — inclusive, intersectional, and disruptive – our goal and hope is that we can continue to serve our community as an entertainment and media sanctuary where all feel welcomed, seen and celebrated,” says Micheaux Film Festival Directors and Founders, Noel Braham & Courtney L. Branch.

A multicultural and BIPOC film festival that showcases and celebrates diverse representation, gender and identity parity, and boosts visibility in the entertainment & media landscape. Our festival seeks to cultivate a dynamic community that gives artists the platform to share their unique stories. Micheaux prides themselves in their standards of fair consideration for all projects & voices.

NAMED ONE OF MOVIEMAKER MAGAZINE’S

[Los Angeles, CA] – MovieMaker today announced that the Micheaux Film Festival has been named to its annual list of 50 Film Festivals Worth the Entry Fee, celebrating festivals that serve moviemakers and audiences in some of the most intriguing destinations in the world.

MovieMaker, a film magazine and website based in Los Angeles, compiles its annual list based on surveys, filmmaker testimonials, and visits to festivals, among other factors. Key considerations include how much assistance a festival provides to traveling filmmakers; recent premieres at the festival; opportunities to meet distributors, fans, fellow filmmakers and press; and whether festivals are Academy-qualifying.

“Micheaux is the newest festival on our list, and has made a great impression, very quickly. Quite simply, Micheaux has heat. Earning respect and support from The Oprah Winfrey Network, Sony Pictures, IMDb and other heavy-hitters, it’s one of the festivals we would most recommend to rising filmmakers because it’s growing fast, but remains welcoming and accessible. Moviemakers with something to say, and the courage and drive to disrupt Hollywood, have a huge opportunity here to be noticed. Micheaux is not just a magnet for press and distributors, but also offers huge prizes for such a relatively young festival.” – Tim Molloy

“Since we’re all eager to travel, we gave extra points this year to festivals in magnificent destinations we might never visit if not for an excellent film festival. And we weighed whether those festivals make travel easy and affordable for filmmakers,” said MovieMaker editor-in-chief Tim Molloy. “Also, you caught us — there are over 50 festivals on this list. We very enthusiastically endorse every single one of these festivals, and decided it wouldn’t be right to force tie-breakers just to get to an even 50.”

MovieMaker is dedicated to the art and craft of making movies. The list of 50 Film Festivals Worth the Entry Fee in 2022 is in the Spring 2022 issue, with Nicolas Cage on the cover.