“The most prolific independent filmmaker in American cinema.” 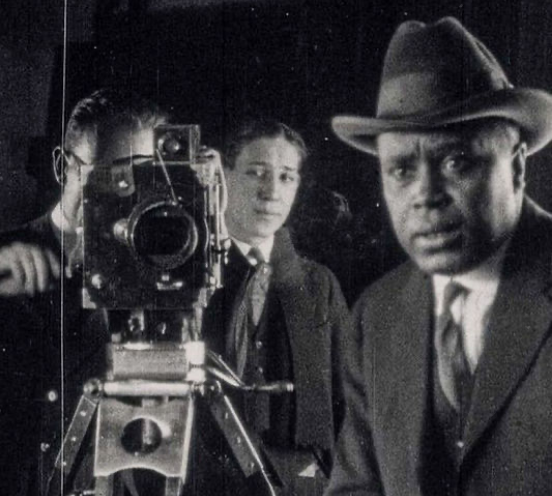 Oscar Micheaux (1884 – 1951) was a pioneering African American author and filmmaker, and without a doubt the most famous producer of race films. He formed his own movie production company and in 1919 became the first African-American to make a film. He wrote, directed and produced the silent motion picture The Homesteader, starring the pioneering African American actress Evelyn Preer, based on his novel of the same name. He again used autobiographical elements in The Exile, his first feature film with sound, in which the central character leaves Chicago to buy and operate a ranch in South Dakota. In 1924, he introduced the moviegoing world to Paul Robeson in his film, Body and Soul.

Given the times, his accomplishments in film are extraordinary, including being the first African-American to produce a film to be shown in “white” movie theaters. In his motion pictures, he moved away from the “Negro” stereotypes being portrayed in film at the time. Additionally, in his film Within Our Gates, Micheaux attacked the racism depicted in D.W. Griffith’s film, The Birth of a Nation.

The Producers Guild of America called him, “The most prolific Black – if not most prolific independent – filmmaker in American cinema.” Over his illustrious career, Oscar Micheaux wrote, produced and directed forty-four feature-length films between 1919 and 1948; he also wrote seven novels, one of which was a national bestseller.